VaMoS 2023 will take place at the Odense Campus of the University of Southern Denmark (SDU), in the Winter Garden.

You can use the Rejseplanen (Journey Planner) service to find your way around Odense and Denmark in general. Alternatively, Google Maps is up to date and works just as well.

Getting to Odense from one of the airports is easiest by train, which stops at Odense’s main station (Odense St.). Trains are operated by DSB and tickets can be bought on their website.

The Copenhagen airport has a direct train line to Odense. Everything you need, the ticketing office and the exit to the platforms, is available from the lobby on Terminal 3 at the airport. The journey takes approximately one and a half hours.

There is unfortunately no direct train line from the Aarhus airport to Odense. Therefore, the trip is both by bus and train. The airport has a direct bus line to the Aarhus main station, from which you can take the train to Odense. The journey takes approximately two and a half hours.

Like Aarhus, the trip from Billund airport is both by bus and train. The airport has a direct bus line to the Vejle main station, from which you can take the train to Odense. The journey takes approximately two hours.

Once in Odense, SDU’s campus can be reached by bus (operated by FynBus), by letbane (light rail) or by car. Since the public transportation lines might change, the best way to plan your trip is to use Rejseplanen (Journey Planner) and follow its instructions.

The full overview of the campus with marked parking lots and bus terminals can be downloaded as a PDF here.

Getting to the Winter Garden

After arriving at SDU’s main entrace (Gydehutten N) close to the light rail station, enter the building up the set of stairs and continue down the main corridor until you reach the Winter Garden on your left, right across the cafeteria. For convenience, an overview of the path is shown in the image below (north is to the left).

The campus is formed by an extended number of buildings. If you get lost, just enter any university building – they are all connected, and there are maps on most main doors. You can also find your way by using SDU’s online map. 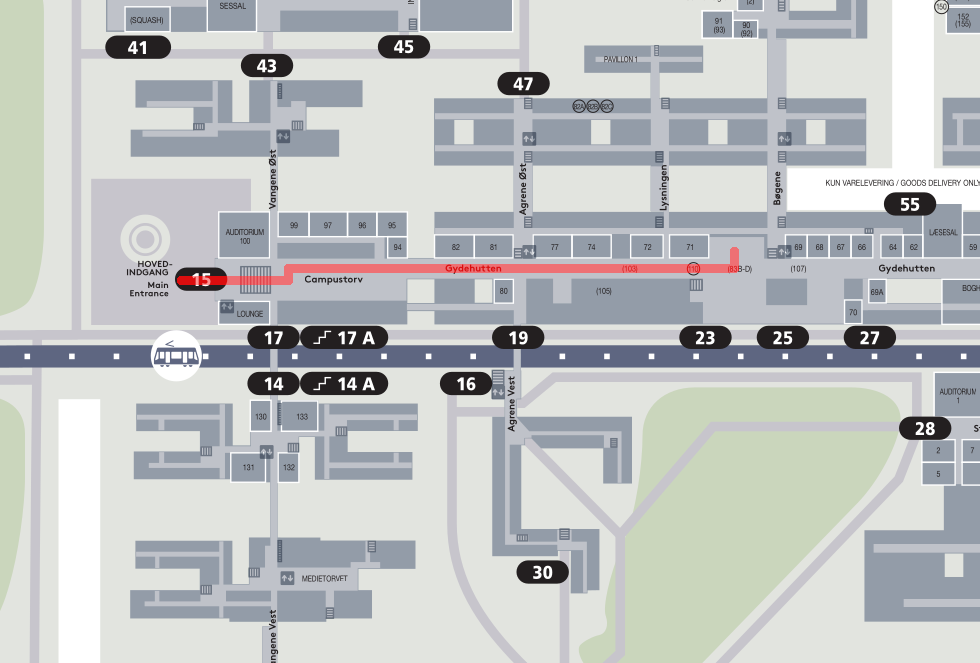